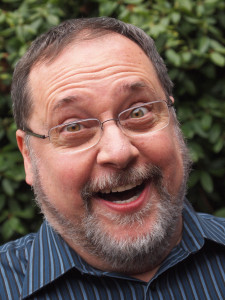 Medina’s presentation, titled “Brain Rules”, will connect the audience with information about how the brain learns. It will take place at 7 pm on Feb. 5 in The Clay Center’s Walker Theater and is free and open to the public, but because of limited seating, RSVPs are requested.

Medina is a developmental molecular biologist who focuses on the genes involved in human brain development and the genetics of psychiatric disorders. He has spent most of his professional life as a private research consultant, working primarily in the biotechnology and pharmaceutical industries on research related to mental health. He is an affiliate Professor of Bioengineering at the University of Washington School of Medicine in Seattle.

Organizers said that Medina is a dynamic and engaging speaker and that the event promises to be a noteworthy opportunity for the region.

The Chancellor’s Speaker Series is organized by the West Virginia Higher Education Policy Commission’s Division of Science and Research with support from a federal grant from the National Science Foundation. The goal of the series is to promote the STEM (science, technology, engineering and math) fields in West Virginia.

The Division of Science and Research is also launching a new video series designed to connect West Virginia researchers with the greater public. The videos in the series, which are only two to three minutes in length, will be featured on the Division’s website at wvresearch.org and via its social media pages each month from now through the summer.

“Our goal is to shine a light on the scientists at our state’s colleges and universities who are doing exciting work so that more people will know them and support their work – and research in general – in West Virginia,” said Dr. Jan Taylor, Director of the Division of Science and Research.

She continued, “We hope that anyone who has an interest in technology, research, entrepreneurship, startups or the STEM fields in general will check out these videos to hear our the researchers speak for themselves about how what they’re doing is, or will, benefit the world.”

Dr. Taylor said the video series kicks off with West Virginia University’s Dr. David Lederman who focuses on the field of nanotechnology and who is a leader, or principal investigator, of the state’s current National Science Foundation Research Infrastructure Improvement grant.

The Division of Science and Research directs the EPSCoR program in West Virginia, while also managing other state and federally-funded academic research programs in the state. It provides strategic leadership for infrastructure advancement and development of competitive research opportunities in science, technology, engineering and mathematics disciplines.